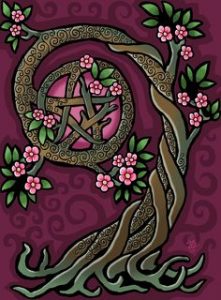 I was born in Geelong, Victoria on the 4th March.  I have moved around a lot in my life so far, and have acquired a taste for change.

I have lived in many different places in Australia, some of them fabulous and beautiful and some of them not. I am currently living in the hinterland of the Tweed shire N.S.W at a lovely place called Burringbar.

I have called Byron Bay home for around 14 years, have left numerous times to pursue life but the pull to the East coast area is always present. This is why I have purchased my own slice of this beautiful landscape in Burringbar.

I’m really a jack-of-all-trades. I have tried my hand at many very different occupations. Some you would believe, some you would not!  Mostly I fell into the fashion industry in Melbourne which was excellent and a fabulous experience, although very cut throat and pretentious. Then I purchased an eclectic shop in Byron Bay and enjoyed my own freedom in creating what I desired. 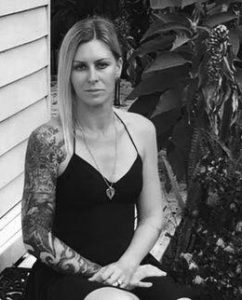 I have had many encounters in life, some of great joy, some of violence, others of near death experiences (NDE). I have truly walked all walks of life. These encounters make me the person I am today.

My love for the occult world started as far back as I can remember and my beautiful mother was largely responsible for my love and fascination with the world of mystery and magic. My talents were inherited from my mothers english side of the family, stemming from the Gloucestershire and Yorkshire regions. My great-grandmother, Dorothy Naughton, was a renowned card reader and teacup specialist, although in the days of the 1890s, the cards she used were playing cards. The deck I currently use, Coleman-Smith Waite, were not published.

My great-grandmother fled England in 1925 by ship, and on the voyage met Joseph Patrick Naughton, an Irish lad from Mayo County whom she went onto wed.  After landing in Australia, she gave up her occult dealings which is a shame as I was told she was fabulous at it. 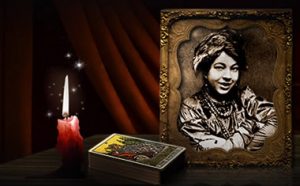 Dorothy has been a guiding influence for me in my work, and through her spirit in the other world she has taught me alot of what I know.

My beautiful Marnie, her daughter and my grandmother, was also a huge influence in my life. She made her journey to the Other World in May 2012, missed in body, but not in spirit.

As I grew and matured, the pull towards Tarot was undeniable. My passion and fascination for Tarot grew and started in the early 2000’s where I began to study it like a hawk. Ly De Angeles graced my presence in the early days when I was 18 years old and would go on to teach me the craft. There was no turning back once I tasted the world of Tarot. I was hooked. Tarot then chose me as a vessel. Life has never been the same!